Sound Is The Newest Cancer Treatment For thousands of years, many cultures have kept great faith in the power of sound healing. Sound has been used by healers around the world since ancient times, but only recently have scientists begun to prove the validity of sound healing tools for use in modern medicine– specifically cancer treatment. There a currently few studies on the subject, but the results are promising, and sound will soon be a widely accepted tool and treatment for a variety of diseases, in fact, it already is!

Ever heard of ultrasound? Well, then you know the power of sound in western medicine. Ultrasound was first created in 1956 and has been an extremely important diagnostic tool in modern medicine ever since. Ultrasound devices send out sonic pulses and create images by detecting echo waves. This strategy mimics how bats use sound to detect their surroundings without sight. Ultrasound is used to monitor a fetus during pregnancy and detect a variety of issues in the abdomen area. This tool has been proven to be safe and effective for over 50 years, and now scientists are starting to explore other uses for sound technology.

Recent studies, by Duke Cancer Institute, have proposed that sound waves could be used to obtain more information about a tumor, without a biopsy procedure. Biopsies are extremely invasive, and therefore are often not used until later stages of cancer. Using sound waves, scientists have been able to separate small pieces of tumors that have broken off and entered the bloodstream. Once separated, doctors can better assess what type of cancer, where it is, and what stage it is in. Though some technology exists to do that same thing, sound waves are significantly more successful at separating the tumor from the blood without rendering the sample useless. This technology is new, but studies have shown that it has a 86% success rate. This new technology has the potential to give doctors the ability to better personalize treatment plans since it gives them information that was not previously available without a biopsy.

The ability to make a diagnosis without an invasive procedure or harmful radiation is truly life-changing for patients. Surgery is extremely hard on the body, especially when patients are already immunocompromised.  The power of harnessing sound waves is incredible, and recent studies have shown that sound may also be a viable treatment method for various tumors.  High-intensity focused ultrasound (HIFU) uses sound waves to target specific areas within the body without damaging surrounding tissues. Recent studies show promising results in using HIFU to treat benign and malignant tumors in a non-invasive way.

The majority of studies done on the effectiveness of HIFU for cancer treatment have been done on patients with prostate cancer, however, research is being done into its use for a variety of cancers including– rectal, cervical, vaginal, soft tissue sarcoma, kidney, and liver. A recent study showed an 89.7% survival rate for a group of 918 men with prostate cancer which was treated with a HIFU device called a Sonablate. More studies have to be done before this treatment becomes widely accepted, but the data is promising, and adverse effects are extremely minimal.

Perhaps the most incredible thing about sound healing therapy for cancer is that the side effects are minor compared to most treatments, and it can be used in unison with other cancer treatments because there are no known harmful effects of mixing it with common cancer drugs. Other than minor soreness around the target site, and some reports of changes in urination for prostate cancer patients, reported side effects are extremely minimal– something that cant be said for most cancer treatments and diagnostic tools.

This new research into sound as a medical tool for diagnosing and treating tumors is an incredible step in cancer treatment. Sound waves offer a non-invasive alternative to invasive procedures and cancer treatments, like biopsies. If scientists are able to continue advancing this incredible technology, the future of cancer treatment could be significantly more effective, and less harmful to the already fragile bodies of cancer patients. 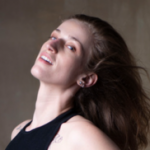 Charley started her career as a personal trainer and health coach, and now enjoys sharing her wealth of knowledge in the natural healing in psychedelic space. She has done a great deal of research into how sound and other natural healing modalities can affect the body and mind in profound ways and loves sharing these amazing tools with readers like you!
All Posts