Is Sound Healing Real or a Scam? 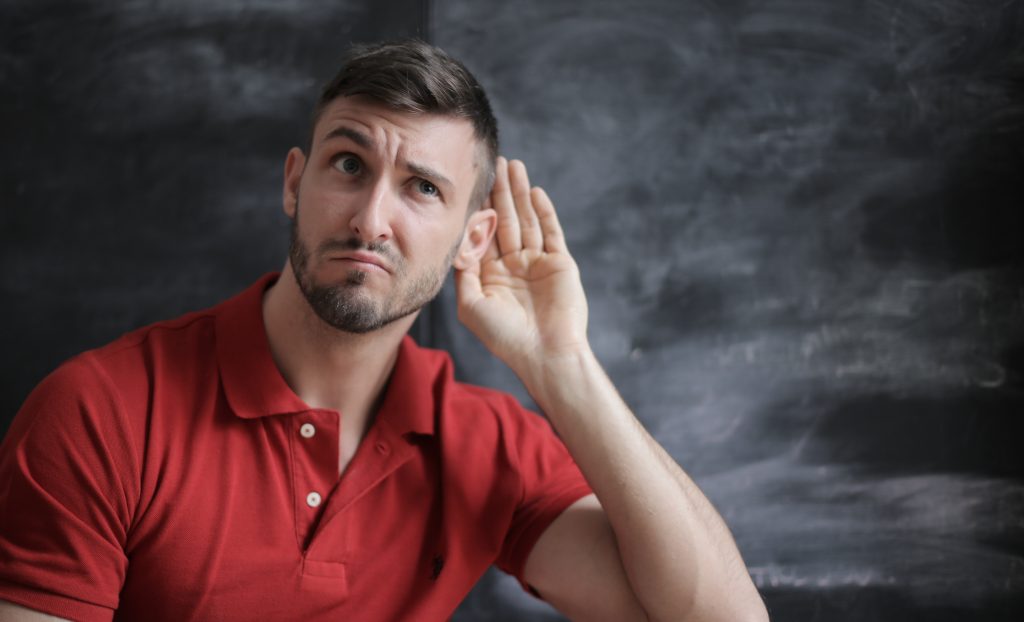 Sound therapy has been used as a healing tool in all aspects of the human body for thousands of years. However, because it has not been adopted in mainstream applications of healing; it is often questioned, disregarded and met with much scrutiny.  People all over the world with the ability to benefit from sound healing therapy, question its validity and forfeit its life changing power. “Does it really work?”… Because sound healing is such a monumental tool for connecting with one’s body and creating the space for healing and restoration, we’ve done the research in hopes that sound healing therapy validity is no longer one of question, but of exploration and experimentation.

The History of Sound Therapy

As mentioned, sound therapy dates back thousands of years.  One of the earliest applications of sound therapy came from Pythagoras, also known as the Godfather of sound medicine and mathematics legend.  Pythagoras believed that, “…each and every atom produces a particular sound on account of its movement, its rhythm or vibration. All these sounds and vibrations form a universal harmony in which each element, while having its own function and character, contribute to the whole.”   In this way Pythagoras believed that human cells held vibrations that could be influenced by vibrations of sound, and applied this approach for healing the body, even in the years 495 B.C.

In Ancient Egypt, Egyptians also understood the power of sound and found fascination in it.  They’re credited with the first use of toning to heal and restore the body.  Toning is altering vowel sounds through voice and breath work to create therapeutic noise intended to interact with the body. In her book, Earth: Pleiadian Keys to the Living Library, Author Barbara Marciniak writes, “The ancients understood that a simple sound could reorganize the body’s structure. Sounds that are harmonious, activate the body and create healing.”

Egyptians understood the healing power of sound so well, that they even built structures to heighten its effects.  Pyramids were built in order to increase the energy and volume of sound made in them, similar to the elevation experienced when singing in caves.  John Stuart Reid, an acoustician claims that everlasting lower back pain he’d experienced was put to an end, after conducting cymatic experiments in Egyptian pyramids.

On even more fascinating levels of healing, sound has been used as a tool in the fight against cancer even since the early 1900’s.  Dating back to the 20th century, Fabien Maman, a bioenergeticsist discovered shocking news as it related to cancer and sound waves.  Of cancer cells, he writes ““The structure disorganized extremely quickly. The human voice carries something in its vibration that makes it more powerful than any musical instrument: consciousness….It appeared that the cancer cells were not able to support a progressive accumulation of vibratory frequencies. As soon as I introduced the third frequency [human voice] in the sequence, the cells began to destabilize.”   Even in the 1900’s when biomedical science was still on the rise, the healing power of sound was never a question.

Honorable mentions of sound healing therapy in ancient use include the Didgeroo form of sound therapy originating in Australia, dating back 40,000 years.

In African American culture, overtone singing or singing harmonious tunes has influenced healing. Overtone singing is an ancient form of sound that requires a singer to produce 2 or more sounds with their voice.  Though exertion of these tones, was to put the being in a preferred vibrational state.  This form of sound therapy also has uplifting effects on mood for receivers of the sound.

The Science Behind Sound Therapy

History is not always enough to convince modern day people of the astronomical healing capabilities of sound.  However, where history doesn’t suffice, there is credible up to date science that supports the validity of sound therapy.

A 2017 study published in Frontiers in Human Neuroscience (https://www.frontiersin.org/articles/10.3389/fnhum.2017.00109/full), studied the effect of sound waves on deep sleep and memory.  After being introduced to a certain type of noise, their memory was recorded as being 3 times better than before they heard the noise. The study was able to draw this conclusion from modern day brain scans before and after induction of sound.  Of the study Dr. Phyllis Zee, a Northwestern University Sleep specialist confirms,  “This is an innovative, simple and safe non-medication approach that may help improve brain health.”

More research behind sound therapy comes in other forms of the practice, such as the use of sound bowls.  Sound bowls are healing therapy instruments of cylinder form, that when stroked by pieces called strikers, create vibrations able to interact and heal with vibrating cells within us.  A 2016 study, titled Effects of Singing Bowl Sound Meditation on Mood, Tension, and Well-Being; An Observational Study, (https://www.ncbi.nlm.nih.gov/pmc/articles/PMC5871151/) observed the application of sound bowl on individuals mental health by measuring their mood, stress levels, and well being.  The study concluded, “As compared with pre-meditation, following the sound meditation participants reported significantly less tension, anger, fatigue, and depressed mood.”  The study also encourages use of this form of therapy as a successful, cost effective non medicine approach that will help mental health performance where other forms of therapies may have failed.  Here, we see not only the validity of sound therapy, but its value in comparison to traditional forms of healing.

Another study in the National Library of Medicine, the Neurochemistry of Music, questioned the neurochemical effects of music through a review of 400 articles (https://pubmed.ncbi.nlm.nih.gov/23541122/).  The study examines the use of music to influence mood through reward, motivation and pleasure areas of the brain, as well as stress, arousal, social affiliation, and immunity.  This study in particular makes note that music has had therapeutic implications in clinical settings, but because it’s still a new topic, requires more science based evidence.  The results of this study supported the idea that music has a strong influence on elevating moods and minimizing tensions.

Finally, in support of the healing power of sound, where history and science aren’t enough, support and testimonies from successful peers may be what sued non believers.

Tracee Ellis Ross, a well known and loved actress, singer and TV host, speaks for the validity of sound therapy.   In the midst of racist events and trying times for her community, she took to the meditative practice of sound to soothe her discomfort and promote peace.  In a since deleted IG TV video, Ross is quoted saying she uses meditation, “…to connect me to the present moment and to create space in my body. I use sound as a way to release vibrationally and energetically.”

Another entertainment icon that swears by the healing power of sound, is Oprah Winfey.  Oprah is someone who can’t exist without peace and balance in her life, all of her accolades considered.  In a 2018 interview with Amy Schumer, Oprah reveals the life changing effect sound therapy has had on her life.  She practices mantra meditation, another form of sound therapy where her vision for her existence is repeated over and over. Of it, she explains its, “most life-enhancing things I ever did.” … Coming from Oprah, we’re just going to deem sound therapy as pretty monumental.

Lastly, Robert Downey Jr. is a reported supporter of sound bath therapy.  In a recent episode of the ohnopodcast.com, Robert Downey Jr, and Drew Barrymore are depicted enjoying a sound bath in California, through hosts Ross and Carrie.   The caption titles the experience, “healing themselves through sound.”  Another extremely busy personality, if sound therapy is used in his life, it could work wonders for others as well. Check out this paradoy podcast here. (https://ohnopodcast.com/investigations/2013/6/1/ross-and-carrie-take-a-sound-bath-the-integratron-experience)

Is Sound Healing Therapy Real or a Scam?

Sound has been a mechanism to promote healing for over thousands of years.  Pythagoras deemed music as medicine in 450 BC, through vibrational interactions from noise with vibrational interactions of the cells that create our existence.  From here, we’ve seen undeniable examples of sound as a form of therapy.  Egyptians practiced it and found it so sacred, they built pyramids to reflect the power of sound and encourage cymatics.    Bioenergeticsists, even in the early 1900’s were able to examine the influence of sound waves on cancerous cells.  And perhaps of most influential, Tibetian singing bowls further supported Pythagoras influence through creating sound from singing bowls, and allowing the vibrations from the bowl to interact with the vibrations of possible ailments in the body.

Current science further supports ancient revelations around sound therapy.  Multiple studies, less than 5 years old, confirm the impact that sound has on the body.  Whether it be creating a relaxed state that promotes better sleep and memory, through induction of pink noise, or the physiological changes seen after music therapy, the power of sound to influence the body is undeniable.  It’s become so undeniable, that its being studied as a longer lasting more beneficial alternative to traditional medicine approaches.

Celebrity adoption of sound healing therapy is one of the most influential aspects on the validity of sound healing therapy. As we all know how influential celebrities can be.  From superstars like Oprah Winfrey utilizing mantra forms of sound healing, to Tracee Ellis Ross going on record saying sound helps her heal in trying times, this form of therapy is appreciated by some of the most stress and burnout prone people in the world.  Their utilization of sound as a form of therapy or to elevate their current therapy practices, speaks highly of the healing benefits of sound.

The healing power of sound is so valid, it almost seems disrespectful to the practice to ask, “is sound healing therapy valid?”…  With thousands of years of application, current confirming research and high quality endorsements, the validity of sound healing therapy should no longer be in question.  We now need to question its application, and how we can get the most from it.  Innovative applications of sound waves on cancer cells, as well as alternative relief for traditional medicine approaches to illness, create an entire new appreciation for the power of sound and its ability to restore the human body.

With all things considered, I leave you with this.  If a tree exists for thousands of years, and produces fruit… If that same tree is researched and studied and confirmed by well over a thousand articles to produce fruit…  If people held to the highest regard, look at that tree and again confirm, it’s producing fruit…. Do you question the validity of the fruit producing tree?

The healing power of sound… it’s worth a listen.

PrevPreviousSound healing and the four elements- Air
NextWhat is a Sound Bath?Next 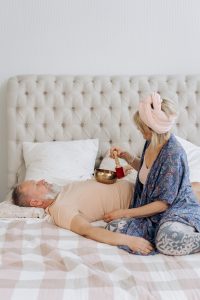